For this months Moment of Grace, we take a look at one of the many external graces St Eugene received during his lifetime.

In 1814, Napoleon had sent thousands of Austrian prisoners of war to southern France. Unfortunately there was a Typhoid Epidemic, and the diocesan chaplain caring for prisoners of war caught the sickness and he died. It was then that St Eugene stepped in and offered his own services to the diocese to care for those prisoners of war. During this pastoral ministry, St Eugene also contracted typhoid, and was so ill that on March 14 1814, he received the last rights. His group of young people, the “solidarity of young Christians”, gathered together each evening in the church of the Magdalene, to pray the Rosary before the statue of Our Lady of Grace. By the the beginning of May, St Eugene was on the road to recovery.

The Superior General, Fr Louis Lougen OMI wrote in his letter in response to Coronavirus back in 2020 the following:
“So we know the power of prayer. We see in our Founder the courageous witness to help those who were sick in the midst of them and himself contracting that sickness. And that gives us courage, it gives us hope in this moment to be generous missionaries.”

Below is an excerpt from St Eugene’s diary, reflecting on his illness and the importance of the prayers of the young people in his recovery.

[March, April, May]: an interruption occasioned by the Rev. Director’s illness. Details of what happened during this illness.

Since the meeting held that day [March 6], there were no further ones until May 15. This long interruption was due to the very dangerous illness that brought the Rev. Director to death’s door. He was confined to his bed on March 10, having had a fever for some days; on the 14th he received holy viaticum and extreme unction. As he is the one drawing up these minutes, how could he resist setting down here the proofs of the tender feelings of concern that these dear children showed him at this time. Indeed they are indelibly engraved on his heart, and what they did for him will never be effaced from his memory. The affection he will always have for them, the prayers he will unfailingly make for their salvation, and all the care and attention he will continue to give them to see to their having the means to attain it, will be a proof of his gratitude. Dear children! Allow me also to set down in this register, which must serve for the instruction of those who have the happiness of following in your footsteps, the feelings of love, esteem, gratitude, admiration that you have inspired me with by your behaviour towards me.

How could I fail to have a father’s heart for you after you have proved that you love me as if you were my children? It is true that I loved you first, but isn’t it a merit at your age to be able to appreciate a feeling that was chiefly aimed at your souls for whose salvation I would gladly have contributed with the price of all my blood. As soon as I had arranged for the sacraments to be brought me that I believed would be the last I would receive in my life, the news was communicated to the college. At once all the congregants spontaneously asked if they might leave their classes and hurried to the church of St. John whence Holy Viaticum was to be brought me. They were given candles, the prefect and the vice-prefect got hold of lanterns and at the departure of the cortege they lined up two by two immediately in front of the priests. The whole town has told me that one could read on their faces what was passing in their hearts [9] at that moment when they realized they were in danger of losing the best and dearest of their friends. I attribute to their recollection and to the touching spectacle they displayed at that moment of their piety towards God and of their affection for me, as much as to the concern of my fellow-citizens, that extraordinary affluence of people that took place as I was ministered to. The state in which they saw me, the difficulty I had in saying a few words before receiving the body of Our Lord Jesus Christ, hurt them greatly. They were all the more sensible of my situation as in the few words I was able to utter my concern was all for them, but their unease reached its height when they were informed that I had lost consciousness two or three hours after receiving the sacraments. It is then that they exhibited those sentiments of faith and trust in God, that I pray the Lord will keep them in always. They were not content with coming several times a day to my door to get news of me which was every day more alarming. They were not slow to grasp that one must seek from God what men no longer trusted in themselves to obtain by their skill. They addressed themselves then to the supreme Moderator of everything, and relying on the powerful intercession of the B.V.M., of great St. Joseph, and the other saints to whom they had most devotion, they began some prayers, which, joined to the others charitable people made for me, snatched me from the arms of death whose prey I had nearly become. And how could the goodness of God have failed to be touched by the fervour, trust, perseverance with which these young people prayed the Lord to give them back their Father. All who witnessed it were in tears and could not refrain from joining with them in their exercise of charity and truly filial piety. And why should I not add a circumstance that increases the merit of their action? We were in the month of March, the time when the rigor of the cold makes itself most felt. Dear children! if only you could read my heart as I write these lines!!! Well! So that the work of mercy which they wanted to do for me would not interfere with their studies, they got up before dawn, and went in early morning notwithstanding the frost to the Church where each day they assisted at the Sacrifice that was offered in their name at the expense of their little savings destined for their little pleasures. In the evening after class, they gathered again in the Church of the Madeleine to make there in common novenas that became in a kind of way public. Indeed it is only right that conduct so worthy of praise was the talk of the town, and that towards those who in this way had earned the approval of all honest folk there should have risen the most sincere esteem. But this first reward will be, I confidently hope, only the prelude to one most lasting that the Lord, the just rewarder of virtue, keeps for them in heaven. Finally, the Lord having given me back at the wishes of these dear young people, I was soon able to go in person to thank God at the foot of those same altars where he had been invoked on my behalf with so much fervour.

May 3: meeting in the Madeleine Church to take part in a Thanksgiving Mass for the restoration of the Rev. Director’s health.

On May 3, the day of the Finding of the True Cross, I convoked all the congregants in the Madeleine Church to assist at the Mass I owed it to them to say at the altar of the Cross. (I had been saying Mass at home since April 20). Before beginning the Sacrifice, I gave them a brief address from the heart which found its echo in theirs and stirred us at the same time to acquit ourselves in as holy a way as we were capable of, during the holy Mysteries, of the duties of love and thanksgiving which were due to God, Father of mercy, who is never deaf to the prayer of those who place all their trust in him: non est oblitus clamores pauperum.

WHAT IS PRAYER?
This video created by Nimmi Candappa looks at this Moment of Grace and the importance of Prayer.

WHAT IS GRACE?
This video created by The Lamp Church aims to demonstrate the grandeur grace – as defined by Scripture. The definition of Grace may surprise you!

For other Moments of Grace, for more resources or to get in contact with the De Mazenod Family Team, head to our website:

PDF Version of this Moment of Grace

Click Here to down load a PDF Version of this months Moment of Grace: June 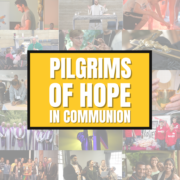 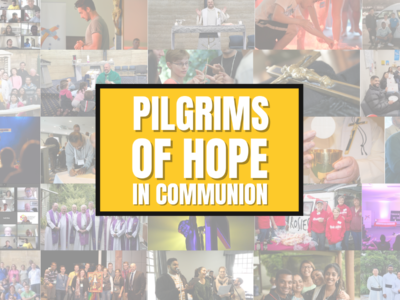 We are excited to invite you to the De Mazenod Family Gathering 2022! ... 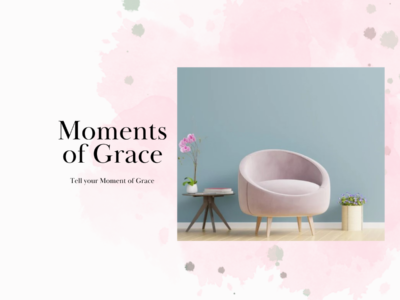 Over the last year, we have been highlighting some Moments of Grace that ...

On the 14th of September this year, the Missionary Oblates of Mary Immaculate ... 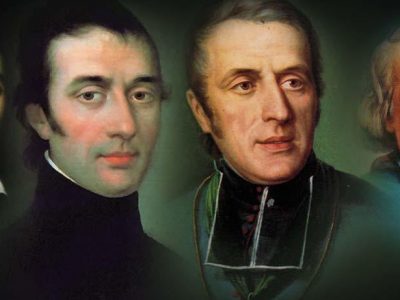 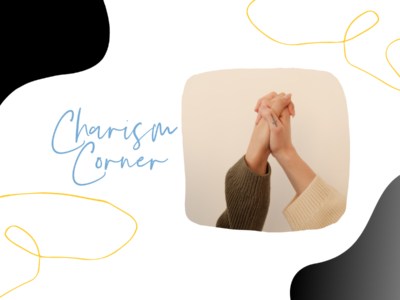 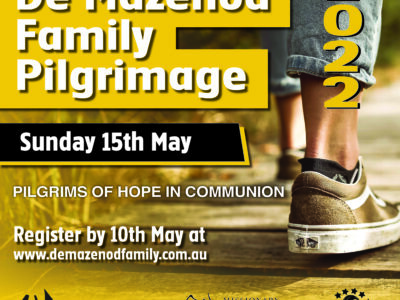